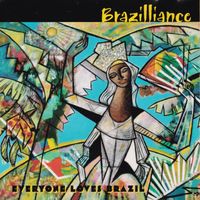 From the recording Brazilliance - Everyone Loves Brazil

This song was originally recorded by Angela Bofill on her debut album "Angie" for Arista Records in 1978 and featured some great musicians playing on it like Steve Gadd and Eric Gale. Angie used it as a show closer and would get the whole audience singing along with the chorus. This was the first samba that I ever wrote (1976). I wrote it as a music student at Bennington College. Surprisingly, this is my first recorded version of the song.

Maybe it's wrong to think us so strong
That we'd never end
Though what it was, is not near what it does
To see you again

Where is the look that once I mistook
For being in love?
It's not in your eyes, no, you can't disguise
What you're thinking of